We've heard for years that self-driving trucks would be becoming a reality in the freight industry as they become more mainstream. Self-driving technology is still in its early phases, with the California Department of Motor Vehicles having only its autonomous vehicle testing licenses to just 65 autonomous trucking companies.

Recently, one such license holder, Plus.ai, founded in 2016 by a group of Stanford Ph.D. students, is the company behind self-driving technology. They accomplished the first cross-country, commercial delivery via an autonomous freight vehicle.

The Journey from Cupertino, CA to Quakertown, PA

While this cross-country trip was not the first trip made by an autonomous truck, it was the first time such a truck made a real delivery. Even more critical, the cargo was butter, which, of course, is a perishable product and required refrigeration throughout its journey.

To accomplish the feat of completing the trip and delivering the perishable cargo in good condition, Plus.ai outfitted the truck with its "SLAM" technology. SLAM is the acronym used for the company's instant positioning and map building solution. This system includes multiple sensors like radar, lidar, and cameras.

What was significant about this system is that Plus.ai's data fusion system used the data collected by the sensors to create a 1,600-meter deep field of front detection for the truck. This advance allowed the truck to see far ahead of it, which helped the truck adapt to new road shapes and slopes as it approached these new variables.

What is even more remarkable about this landmark test run is that the 2,800-mile trip took about 41 hours from start to finish over three days. During the journey, the truck made very few stops, but not because of problems with it handling the driving. A safety driver was on board throughout the entire trip and never had to take over from the autonomous control except for fuel stops and to observe federally mandated breaks. At no point during travel time did the truck experience any instances where it lost control.

It is important to note that this trip took place during Thanksgiving week, which is notorious for being one of the busiest travel times of the year. The autonomous truck faced additional challenges as it hauled its 40,000 pounds of perishable butter in its refrigerated cooler. It had to cross through 12 states and deal with severe weather conditions, including snow. 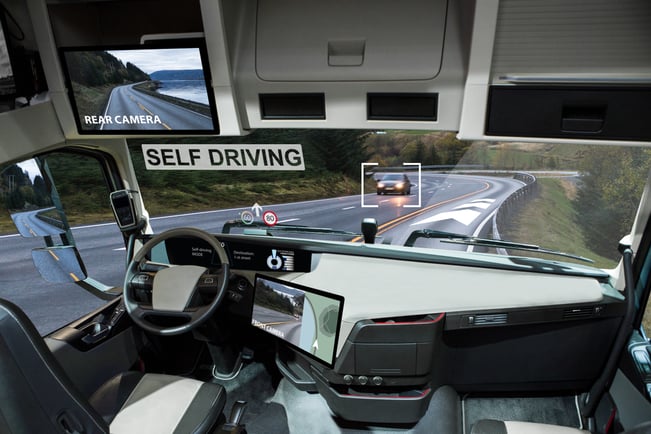 Plus.ai is Not the Only Company Moving Forward

Yes, Plus.ai's recent successful cross-country test run is remarkable. But it is essential to know that they are not the only company making gains in self-driving technology. Plus.ai has plenty of competition as long-haul autonomous trucking is on its way to becoming an industry-standard in the freight industry.

During Summer 2019, Starsky Robotics, based in San Francisco, joined with New York City logistics company Loadsmart to automatically dispatch a freight truck. Loadsmart handled the priced, tendered, and booked the goods while Starsky dealt with the actual driving. The goal of the partnership in this project was to work toward a human hands-free operation.

Other companies who have been making strides with self-driving technology include: 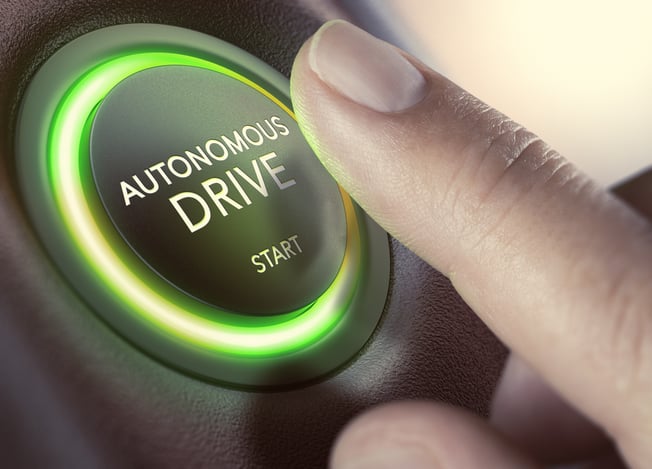 The Future of Trucking is Autonomous

Shippers are looking toward the future of autonomous vehicles from the cost savings angle. It will take less time to move shipments with self-driving trucks than it does with human-driven trucks.

Reduced shipping times are a big deal for shippers who need to move their perishable products because they can potentially benefit from extra time-on-shelf for the products.

While this is positive for shippers, the autonomous trend will have an impact on human truck drivers. However, the technology is not likely to ever completely replace all truck drivers, and it is important to remember that this technology will bring opportunities for new jobs within the industry.

Want to know what the latest news is in the freight industry? Make sure to visit Cargobot's blog often to see essential developments that affect both shippers and carriers.