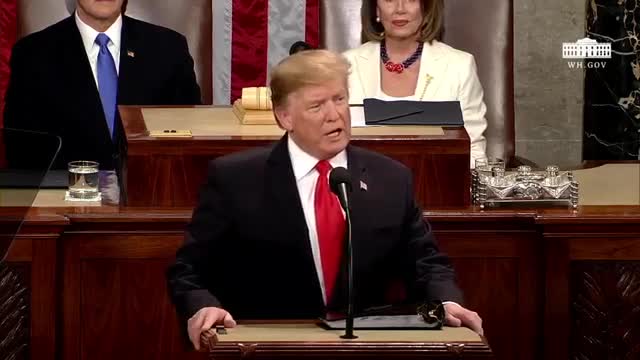 It’s no secret of the negative effect that the nation’s crumbling infrastructure has on the shipping industry. President Trump briefly addressed the ongoing problem in his State of the Union address on February 5. However, in his speech he didn’t go into detail about what’s being done to fix the problem.

A Call for Bipartisanship

Early in his speech, Trump remarked:

Many of us campaigned on the same core promises: to defend American jobs and demand fair trade for American workers; to rebuild and revitalize our nation’s infrastructure; to reduce the price of healthcare and prescription drugs; to create an immigration system that is safe, lawful, modern and secure; and to pursue a foreign policy that puts America’s interests first,” the president said early in his remarks.

He returned to the subject of infrastructure later in the speech with:

Both parties should be able to unite for a great rebuilding of America’s crumbling infrastructure,” Trump said. “I know that the Congress is eager to pass an infrastructure bill — and I am eager to work with you on legislation to deliver new and important infrastructure investment, including investments in the cutting-edge industries of the future. This is not an option. This is a necessity.

Response from the ATA President

While Trump’s remarks about infrastructure were brief, it was enough to spur hope for some leaders in the transportation industry, including Chris Spear, ATA’s President and CEO. In his response, Spear stated, "Tonight, President Trump called for a national, bipartisan effort to restore our country's declining infrastructure – and America's truckers are answering that call.” Spear commended the President for seizing the opportunity to bring everyone together to create a path forward.

Spear also responded that, “Restoring our national infrastructure to greatness will further ignite our economy, make us more competitive abroad, and give Americans more time to spend with family and less time stuck in traffic.” But he also urged that the Congress needs to move quickly to ratify the new United States-Mexico-Canada Agreement that is set to replace NAFTA. This would help avoid major disruptions in trading agreements that would adversely affect the trucking industry.

Fixing the nation’s crumbling infrastructure is definitely not a partisan issue. It’s one that should concern everyone, but most importantly the transportation industry. However, the question as to how and when it will be fixed remains unanswered.