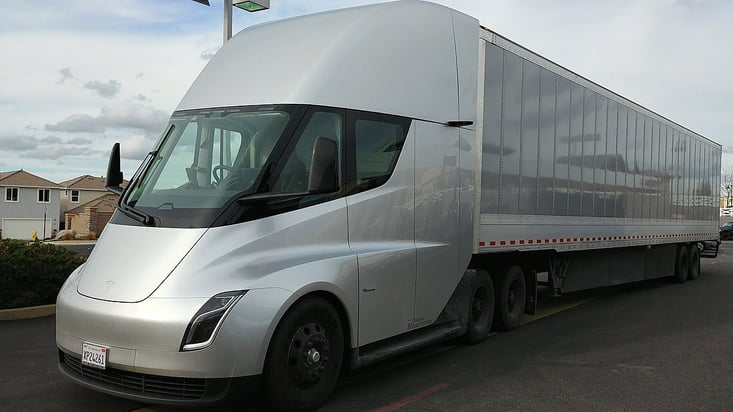 The inland freight industry has been hearing for years that heavy commercial electric trucks, including big rigs, are coming. There have been challenges to get past, such as concerns about fuel range. The fear a vehicle could shut down in the middle of a long-distance delivery has made adoption slow until more powerful battery technology arrives.

Also, there is still a lack of a widespread charging infrastructure in place across the country to charge those powerful batteries promptly. Currently, it can take several hours to recharge an electric truck's battery - if you're lucky enough t locate a charger in the first place.

Change is on the horizon in spite of these past challenges. Leading the charge for adoption of these vehicles is Amazon's recent order for 100,000 electric delivery trucks from EV startup Rivian. This move will double the number of such vehicles in use in both North America and Europe. The large order from a non-traditional truck manufacturer is also likely to disrupt the status quo, as Tesla will become a dominant player in the commercial vehicle space.

As 2019 comes to a close, it is an excellent time to take check-in on the progress of electric trucks and their future in the inland freight industry.

Let's explore the continued rise of electric vehicles in inland freight and how new advances from companies like Rivian and Tesla will change development for larger rigs. 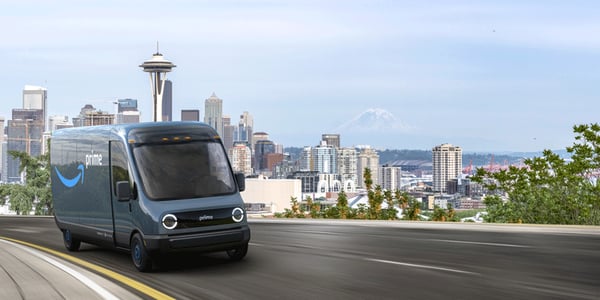 Amazon's purchase of its 100,000 electric trucks is in line with the company's efforts to eliminate its carbon footprint by 2040. The company is also working to implement reforestation and renewable energies; its efforts to meet that goal.

Amazon fulfills 10 billion deliveries a year. At such a scale, the company's goal is ambitious, to say the least. However, because of its size, Amazon CEO Jeff Bezos has said, "If a company with as much physical infrastructure as Amazon—which delivers more than 10 billion items a year—can meet the Paris Agreement 10 years early, then any company can."

Amazon will need to wait until 2021 to begin making its deliveries using these new electric vehicles. The goal for complete electric delivery fleets is targeted for 2030.

This EV purchase is the largest in the history of electric vehicles and signals a turning point for the EV market. Amazon's decision will undoubtedly lead to more adoption of electric fleets at an accelerated pace.

Rivian is a New Entrant in the EV Race

What is interesting about Amazon's order for EV trucks is that Rivian, the manufacturer, is a startup that has yet to release a production vehicle. Despite this, the company still plans to produce at least 60,000 vehicles by 2022.

Like an IPO, Rivian is at a pivotal moment in its development. Backed with $1.7 billion that raised from significant investors, including Ford and Cox Automotive, Amazon's $700 million investment is expected to be a notable milestone for the entire automotive industry regarding electric vehicles.

Part of the reason Rivian has rocketed to visibility for its electric trucks is its rivalry with Tesla. Rivian has been working on vehicles that average a 400 miles range on a single charge, with a starting price of $70,000. Such a distance will require a massive 180kWh battery pack. Tesla's latest models only feature 100 kWh batteries, thus promising a shorter range of distance.

Rivian's other claim to fame is its vehicle construction, namely the adoption of a heavy-duty skateboard chassis. This design will allow for the support of different vehicle frames, including big rig vehicles. This foundational construction piece will serve as an asset for accommodating the needs of Amazon's large delivery fleet, providing a quick turnaround for any time of vehicle ordered.

This chassis technology also proves to be another contrast to Tesla's practice of redesigning its vehicles from scratch.

The Outlook for Larger Trucks

So, what does this all mean for the inland freight industry? Thanks to Amazon's investment, Rivian is expected to become a serious rival to Tesla. Their competition for customers should accelerate the overall progress of battery development for commercial vehicles, an industry looking to cut costs and total dependence on fossil fuels.

Currently, Tesla's "Semi" model is collecting reservations and will begin order fulfillment by the end of 2020. Rivian will unveil its line of consumer-level cars and trucks in the coming year as well. They are no doubt ramping up their research and development in freight vehicles thanks to Amazon's investment, and a model for larger order is no doubt on the horizon.

Stay tuned because the race for EV truck dominance in the U.S. market is on, and it is likely to introduce exciting options for both shippers and carriers in the near future.

Learn more about how Cargobot is leading the way in helping inland freight go direct. Visit the Cargoblog to stay up to date with the latest in inland freight news.

Learn more about the company at Cargobot Academy, or download the carrier app on iOS or Android.